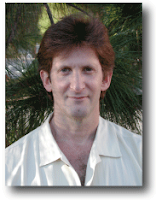 I spent 20 years as a professional journalist (writer, editor, managing editor, executive editor, VP editorial executive) at Rodale Press and the past 15 years as a freelance journalist and author.
While at Rodale, I looked at thousands of writer's resumes and hired hundreds of writers, including writers with J-school degrees. The thing that always surprised me about the J-school graduates was their lack of real-world experience; it didn't seem as if their education included much hands-on journalism.
Now, that may have changed in the past 15 years. But if I were teaching a class, I would have my students "imitate, imitate, imitate"--write articles for specific publications as if they were actually writing articles for those publications. And then the J-teacher would critique the pieces in terms of how they were or weren't a match for the voice and purpose of the respective pub.
And I would do that for a wide variety of outlets. Imitation is the way to learn. I would also have a class in ego-erasure; the worst fault of any would-be journalist is putting too high a premium on his or her words, and resisting rather than internalizing editing.
Yes, there are bad editors. But this particular fault is the hallmark of a journalist who is unlikely to grow and advance. That's my two-cents.
Bill Gottlieb is an author, freelance journalist, and book packager, specializing in health. His byline has appeared in many national publications, including _Prevention, Reader's Digest, Bottom Line/Personal, Health, Cosmopolitan, and Men's Health. His six books have sold more than 2 million copies. He is the former editor-in-chief of Rodale Books and Prevention Magazine Books (1986-1995). His website is www.drugfreehealing.com

Godaddy is best webhosting provider, with maximum features of storage and band hwidth, free web tool and packages. Finally, If you've decided for your business to keep online on the web. Therefore, it seems difficult apparently and expensive job to bring your business online. Any how, Godaddy Coupons 2018 make all this easy and cost effective.

Superbly written article, if only all bloggers offered the same content as you, the internet would be a far better place.. VPS hosting India

Hello I am so delighted I located your blog, I really located you by mistake, while I was watching on google for something else, Anyways I am here now and could just like to say thank for a tremendous post and a all round entertaining website. Please do keep up the great work. Hostgator 60 off coupon code

hotmail.com. Hotmail is an online messaging system owned by Microsoft. At the beginning of the general public information, two giants strongly opposed: A

Well, this is my first visit to your blog! Your blog provided us valuable information. You have done a marvelous job.m&a software is best solutions for your m&a deals.

It’s appropriate time to make some plans for the future and it is time to be happy. I have read this post and if I could I wish to suggest you few interesting things or advice. Perhaps you could write next articles referring to this article. I desire to read even more things about it! buy real instagram likes fast